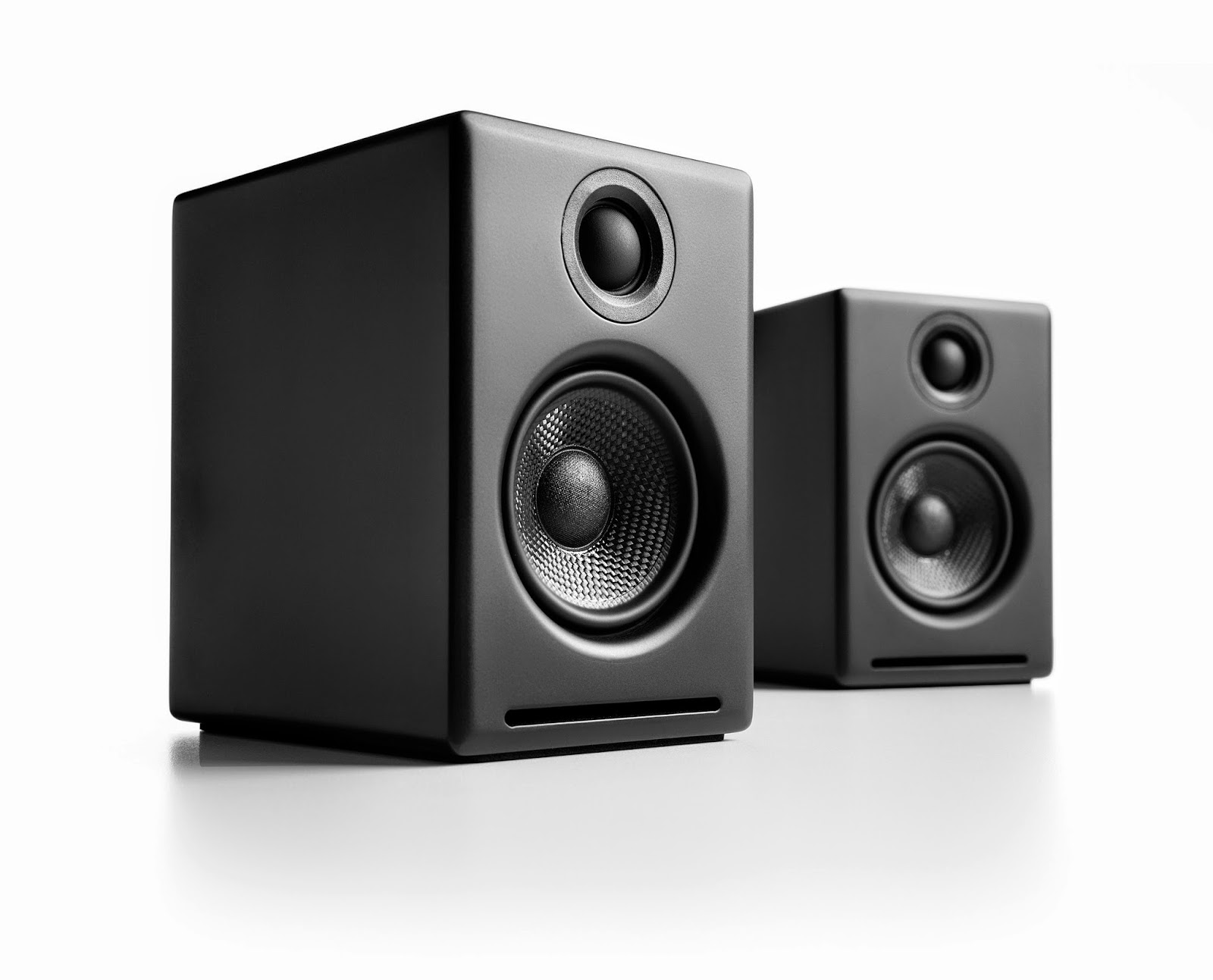 It wasn't that long ago that the mere mention of a desktop speaker sent shudders down the spine of any audio affectionado. The boxes consisted of no more that fifty cents of parts and a wall-wort power supply. Thankfully, those days are over, now we have a multitude of choices from true audio-first companies.  Several years ago Audioengine came out with their dimenuitive A2 desktop speakers that turned heads and proved that good sound can be found.

Within the past year Audioengine revisited the A2 and made a few additions dubbing it the A2+. Most notably, a USB input with a built-in TI/Burr Brown PCM2704 DAC. This combo offers a nice step up from a standard analog input. Frequencies across the board sound cleaner. This is a great place to start someone on their computer audio journey.

The next step up is a standalone DAC, so after a few days I inserted Audioengine's D3 USB DAC into the chain. The D3 at $169, took the A2+ to the next level. Separation from main vocals and instruments from background sounds blooms. Think of it in terms of looking out a window before and after a cleaning. There is just more detail to be experienced. I listened to the A2+’s in three setups: on either side of a computer monitor in the home office, on each in of a bookcase shelf, and on speakers stand in a normal 2 channel position.

The A2+ are scary good with vocals. Nora Jones’ sultry, sexiness is all there. The .75 silk dome tweeter, 2.75 Kevlar driver, and slit-style front bass port are downright magical in how the midrange output treats the listener. Neil Young's harmonica  in "From Hank to Hendrix" is natural and pleasant, zero harshness. That is just one example of how impressive the A2+'s are. These are a set of speakers that had me digging thru my music collection for difficult performances, just to see how much they could handle. The result, quite a lot to be quite honest.

Acoustic guitars also impress via the A2+.  William Ackerman's melodic strumming carries nicely into the room space. The midrange resonance reaches the beginings of the secondary level but the A2+ doesn't try to present an unrealistic level of resonance, the very nature of such fakery would only muddy the presentation.  It's a balancing act and the A2+ succeeds in presenting the listener with satisfying audio meal.

In a small space the bass is quite adequate, John Entwhistle's strong bass notes in The Who's "The Real Me" are easily discernible, though in no way chest thumping, after all the laws of auditory physics do exist. The same holds true for the bass drum kicks from the raging Keith Moon. The "Champagne Life" from Ne-Yo presents a tight bump, a nice contrast to his airy vocals.  The bass is just enough that I didn't mutter or crave how the song would sound with a sub woofer.

Complex rock and symphonic music does show the limits of mini speakers and the 15wpc A2+ is no exception, though compared to others in the same size the listener does hear more. The Moody Blues underrated live recording from Red Rocks with the Colorado Symphony has a multitude of sonic markers to judge whether a speaker system can reproduce certain instruments. The plucking of the strings in the middle of "For My Lady" is nicely defined as is the soaring French horns. Back ups vocals do stay too far in the shadows in the classic "The Voice", and the bass guitar isn't distinguishable.  But remember, the$249 A2+ is about the same size as a jar of spaghetti sauce, so a lot is being accomplished. 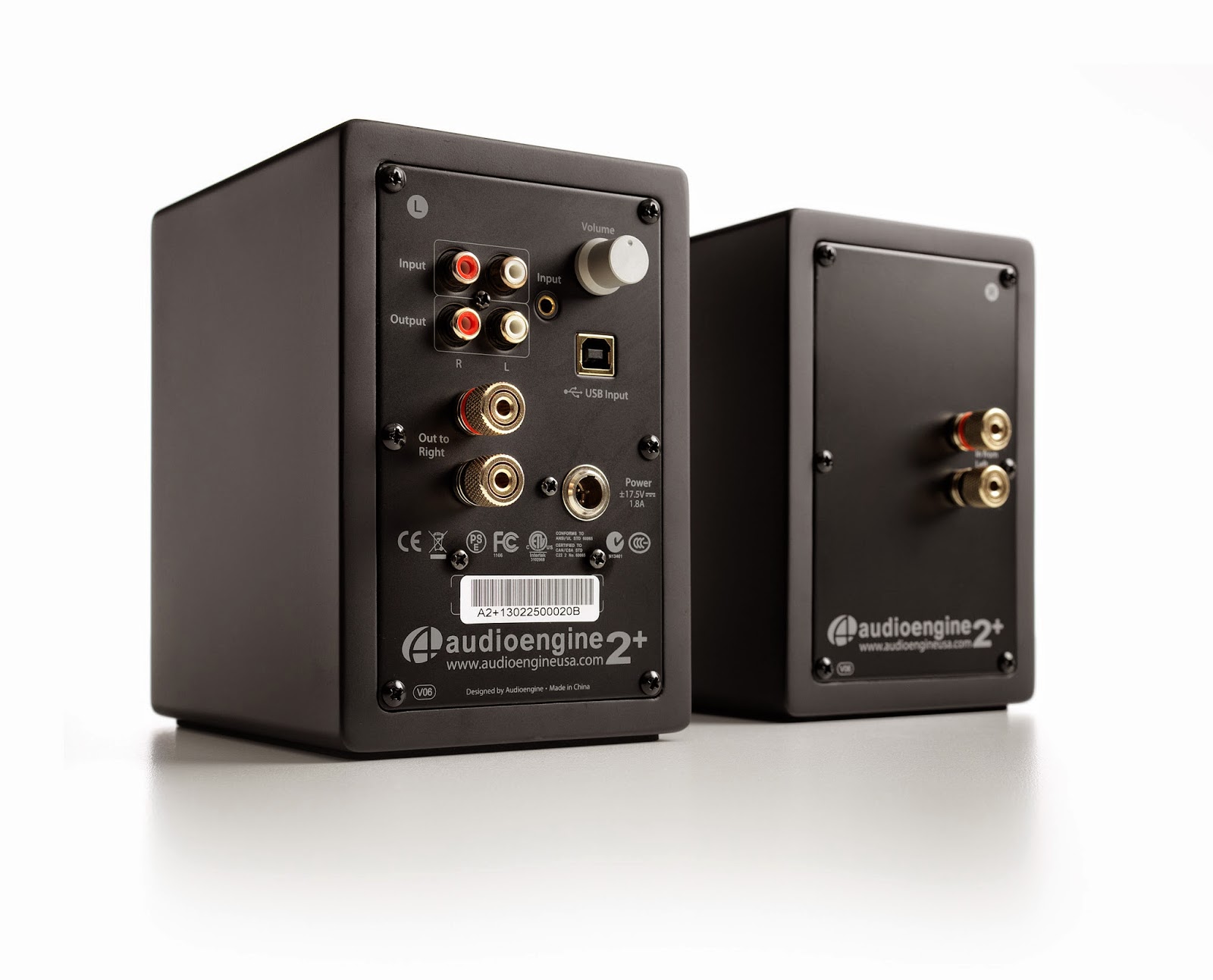 The traditional jazz of Miles Davis in "Springsville" with its multitude of horns fills the room without becoming painfully shrill via the A2+. The top end rolls of nicely, no surprising stops to foot tapping due to a sharp sonic edge. The lack of congestion throughout the various Davis records was a high point.

A few days before the review period ending I decided to place the the A2+ into my reference rig to see how they would perform with music coming from the $3,000 SimAudio Neo 260D DAC/Transport.  In true quality audio performance standards the A2+ took advantage of the strengths of the Neo and kicked its performance up a handful of notches, from Davis' "Miles Ahead", to Susan Wong's 24/96 stunning cover of "Desperado". The A2+ likes the good stuff, no doubt about it.

Final Thoughts
It's exceedingly rare that I come across an audio product that truly exceeds all my expectations. The A2+ is just such a product. Speakers this small have no business performing at this level, yet the A2+ did every day that I listened to them. I came home from work wanting to listen to them in the office instead of going to my reference system. Why? Because they never failed to surprise in how they recreated the music. I only regret that they arrived just after the Aperion Allaire left, that would have been an fascinating comparison. Is there a better computer speaker under $250 that offers up so much midrange and vocal performance in a similar size? I'd like to hear it, until then the Audioengine A2+ is my recommendation.