Link to specifications
Bluetooth. The word conjures up mixed responses from audiophiles, some of them deserving in a negative sense, especially early on, when the sound quality was equal to that of a bad 128 mp3 recording.  However, with aptX codec things have changed. Pleasant-sounding audio is possible. No, it won’t replace your man cave two-channel monster. But when you want music in a room not served, a bluetooth speaker is an option.

In the past eighteen months a plethora of options have come to market. Unfortunately, most suffered from transistor-radio sound quality. That may be fine for the pre and early teen, or the camping trip but very little beyond. For the home office, garage, or an evening entertaining better sound is a must. Once again the gang at Audioengine steps into arena with the $299 B2 Bluetooth Speaker to up the ante.

The B2 exudes class from the moment it is unboxed, the review sample came in an elegant walnut veneer (black ash and zebrawood are the other choices) that over time and a little lemon oil will age beautifully. The B2 takes up just slightly more space than a wine bottle laid on its side. It’s heavy, at almost 10 pounds, so don’t think you can palm grab it and be on your way.

Setup is ridiculously easy, screw in the antennae, plug in the a/c cord. That’s right, no brick! Flick on the toggle power switch, grab your source device, open your Bluetooth control and select Audioengine B2, the pair will connect, and enjoy. If you’re like me and still have and cherish your iPod Classic 160gig, Audioengine included an 3.5mm stereo input jack. Right out of the box, the twin 2.75 inch Kevlar drivers and silk dome tweeters sound uninspiring, much the original A5 speaker prior to break in time. For the next 100 hours or so, the B2 played from bedtime until breakfast in the laundry room at moderate volume. Once completed, playing the same Brandi Carlisle song “The Eye” streamed from Tidal the tweeter now provided the missing sparkle. The Kevlar drivers presented the missing resonance of the acoustic guitar where only the basics of the note were heard before.

The Audioengine B2 uses the same design concepts and drivers as their highly regarded A2+ desktop speakers. The front facing bass port is actually a pair of vertical slits. The B2 provides ample bass response, on a couple of rare occasions I had wished for the ability to turn down the low frequencies a tad.  Most of the time you get a pleasant little kick from the bass drum as occurs in Noel Gallagher’s High Flying Birds track “In the Heat of the Moment”. Or a solid bass guitar line in Faith No More headbanging “Superhero”.

The B2 is also able via the aptX codec to give Van Morrison a recognizable, if light version of tonal structure in his “Some Piece of Mind” duet with Bobby Womack. The trombone in that same song is also a nice surprise. Re-listening via the INPUT jack the limitation of even aptX appears. Morrison’s dark honey resonances take on a whole new level. So, if you have to have the best source quality possible, bring along the five foot ⅛ inch mini cable. 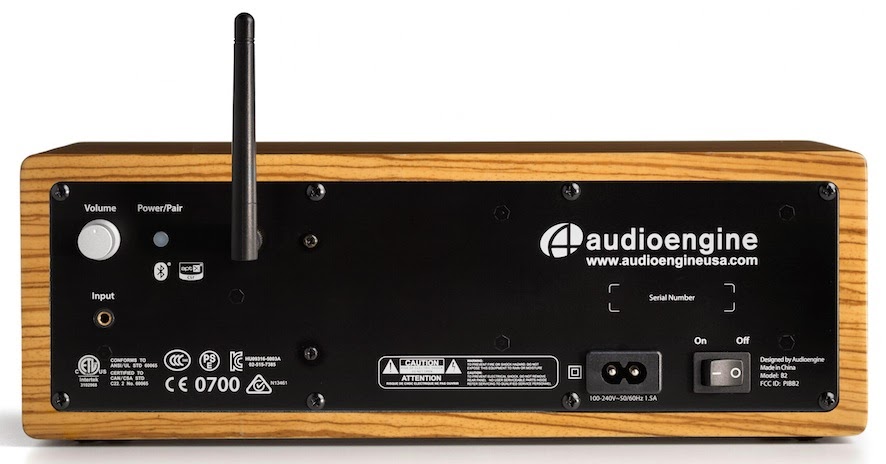 The other usual criticism of Bluetooth is the lack of wireless range. Thirty feet without obstruction was the standard limit. I’m not surprised that Audioengine blew that out of the water after experiencing the 100 ft and three wall reception capabilities of their AW2 iPod transmitter. The fact that the B2 could have a clear, glitch-free sound at 40 ft and four walls just shows what excellent design work is being done. The choice of using a wireless router antenna to assist in gathering the signal may not be aesthetically pure, but practical, hell yes!

I could spend a couple of paragraphs discussing the technical design of the receiver system, but as geeky as I can get, the fact is the Audioengine website does a far better job for the ten percent that crave that kind reading material.  let’s just say it’s impressive and more importantly, works as described.

The Mighty Oaks “Seven Days” with it’s excellent harmonies and circular guitar riff, really shows off the B2. The same holds true for the Braids piano-led track “Miniskirt”. Even the mid-song melodic change into an electronic organ song shows what the Jawbone or other similar Bluetooth speakers can’t, the ability to separate instruments.

The sultry jazz vocals and simple instrumentation of Diana Krall’s cover of the Beatles “In My Life” allows the B2 to show that background instruments, in this case a string ensemble can be actually heard and enjoyed via this Bluetooth speaker. Traditional club jazz does require the volume to be up a little more on the B2 for the speaker to have a chance at recreating the intimate setting that makes jazz recordings in many ways so unique. The B2 does get the basic tonal qualities of the saxophone just right for such a diminutive enclosure. If symphony recordings make your day, the B2  won’t disappoint. Vivaldi’s masterpiece “The Four Seasons” is surprisingly detailed. Multiple instruments can easily be distinguished. No painful, transistor radio listening experience here. 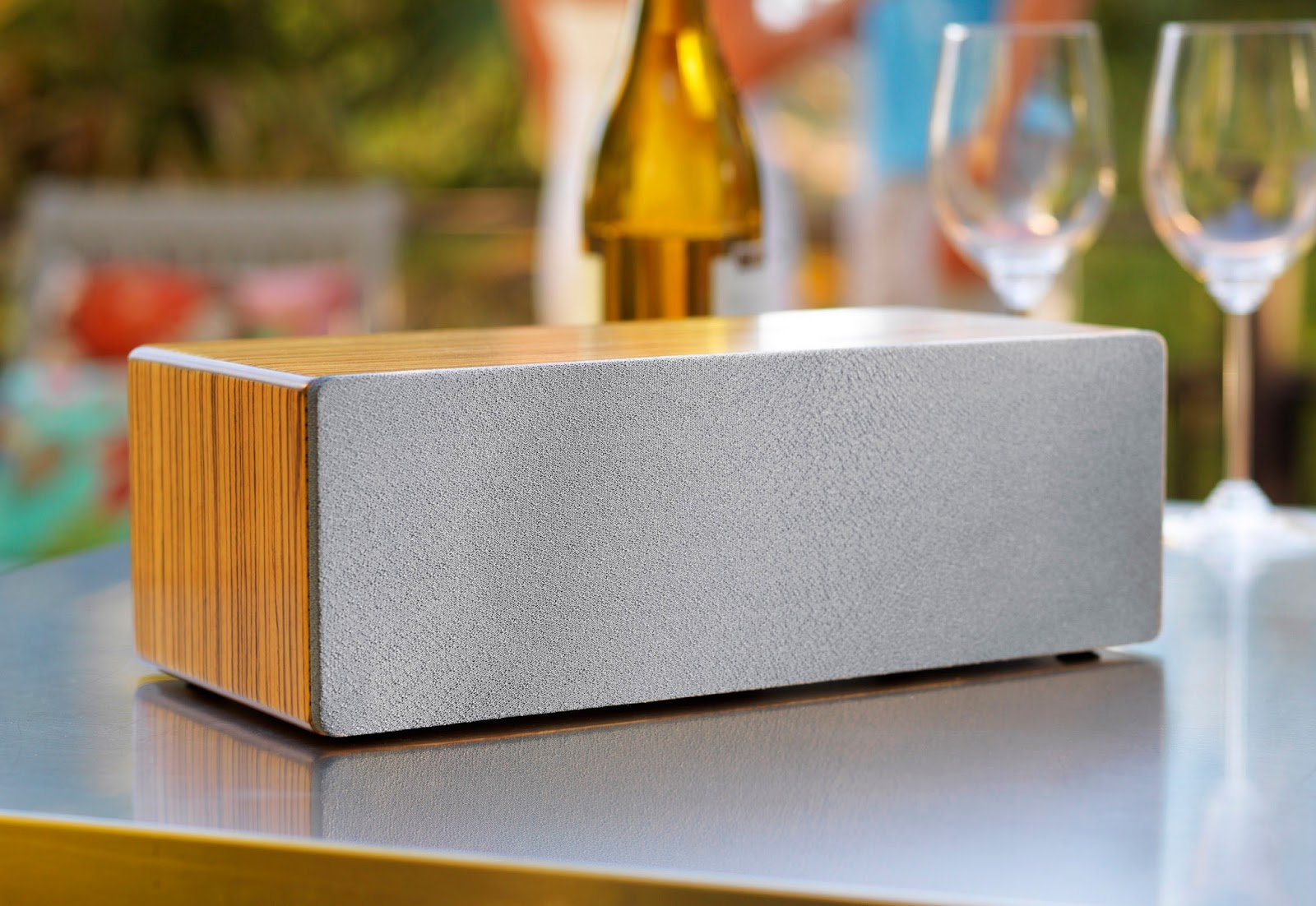 Wrapping up
The Audioengine B2 Wireless speaker takes Bluetooth listening to a new level. Whether it be for a small office, dorm room, or a temporary set up, the B2 brings a bucketful of respectable sound. The ability to add in a wired source only enhances the listening experience. No need to worry about visual appeal, the B2 easily will fit in any decor. My only disappointment is that the B2 isn’t able to accept the signal from my AW2, that would have made the B2 a grand slam, but a three-run homerun still makes it the best Bluetooth speaker I’ve ever heard.