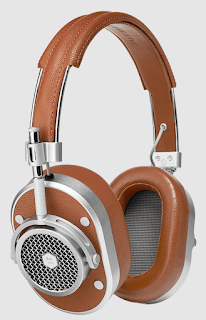 This review originally appeared on Small Spaces Audio, which we have merged into Audio>Pursuit.
Specifications
Listening the MH40’s play well with all forms of instrumentation. They excel with percussion, especially conga drums as in “Get Out the Map” by the Indigo Girls. With eyes closed I could easily visualize the the curved hand of the percussionist striking the skin. Just as impressive is the clarity of the banjo, an instrument that can easily sound bitterly harsh the MH40’s leave it sweet. The individual vocals of Emily Saliers and Amy Ray are obvious yet blend in easy, liquid harmony. It’s the best I’ve heard in the sub $500 headphone price point.

Nostalgic cruising thru the stadium rock of the 1970-80’s the MH40’s let the guitar distortion fly with crowd-waving abandon. The lead guitar from Foreigner’s “Double Vision” strums and buzzes, yet the keyboard and bass guitar are easily picked out.  The driving beat of “Juke Box Hero” can be distinguished as two separate instruments, bass drum and electronic keyboard. It’s tracks like this one that makes the difference in price points so obvious. My twenty-year old budget Sennheiser HD 477 lacks that kind of discrimination. 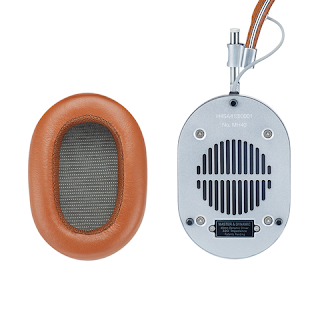 Like all head gear listeners, there are those moments when the significant other needs to quickly relay a thought. The MH40’s make these inconvenient moments less exasperating with the addition of a rod-shaped mute button on the outside of the right ear-piece. Signal cut off is complete, no matter how loud I turned up the Oppo HA-1 amplifier I could not detect any bleed-thru.

A second really cool feature is the ability to connect a miniature, noise-isolating boom microphone ($129). For multi-player online gamers the ability to need just one set of headphones is obvious. In my case, listening to TIDAL while awaiting a couple of important phone calls made life so much easier, saving steps in removing the headphones and then using the iPhone. With the MH40’s all I needed to do was accept the call. The other party never knew I was using the attached boom mic until I told them.

Deeper male vocals make the slight bass bump more ethereal. Country crooner Don Williams and his whiskey soaked vocals sink into one’s soul. The MH40’s made me feel his vocals throughout my body. The ability to touch the soul is the nirvana triangle between listener music, and gear.  In “Good Ole Boys Like Me” they come together in a haunting, but hopeful ballad.

For the travel warriors, the MH40’s are mobile. No, they don’t collapse, but the ear pieces swivel so the unit can lay flat, reducing bulk. In addition, the ear pads are magnetically attached, therefore replaceable if one should ever wear them out. A hidden secret is the ability to connect another set of headphones via the jack on the opposite ear speaker. 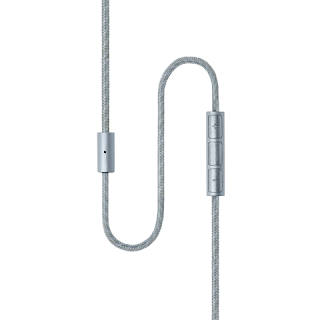 Those who enjoy full symphony recordings will find an expansive soundstage. Not as airy as the Sennheiser HD-700’s that I was able to borrow for a day during the review, but for half the price, the MH40’s provide plenty of acoustical space for a full orchestra. A Deutsche Grammophon vinyl copy of Mussorgsky’s Pictures At An Exhibition with its low-level dynamics challenges headphones. The MH40’s stayed true to the music, revealing the subtle textures of the snare drum roll as well as the playful pixie sounds of the violins during the fourth movement.

Of all the musical genres, traditional jazz holds a special place with the MH40’s. A natural, intimate sense of a club setting is recreated in the cups. Miles Davis’ “Footprints” on TIDAL lend equal balance to the trumpet, saxophone, and drums. The string bass is set back a bit, same as when listening thru speakers. Norwegian jazz recordings are a new favorite of mine, sporting the traditional feel of the greats with a splash of cutting edge sound. The MH40’s pick up on these eccentricities and recreate the fun the artists were having.

Final Thoughts
The hardest thing is to get something right the first time. What Master & Dynamic have done with the MH40 is akin to copying grandma’s pasta sauce without her or the recipe available. From pianos to trumpets, violas to synthesizers, the MH40 recreate instruments with a natural luster. Add in top notch materials, construction, comfort, and stunning looks and the result is a set of headphones not only able to compete for the top spot at the under $500 price point, but more importantly offer years and years of pleasure. Don’t buy any headphone near this price without hearing the MH40’s, they are that good!