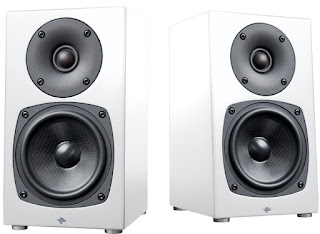 I've spent a fair amount of my engineering career out in the field on job sites that forced me to stay in hotel rooms for upwards of a few weeks at a time. Admittedly, as much as I despise living out of a suitcase, I truly enjoy my occupation. This past June I accepted a four month assignment several hours drive east of my home in Portland. It's the true American West, where business is conducted in jeans and cowboy boots, and a handshake deal is binding. Normally, I would have passed on the assignment, but with a relationship in the past the scenery and the fact that I'd being living in a 900 sq. foot home made the opportunity too good to pass up.

My usual audio road warrior setup was a pair of Audioengine A2 powered speakers and USB stick DAC which worked just fine for a 250 ft hotel room. But not this time around, no way. Luckily, I was given the opportunity to review the Totem Acoustic Kin Mini Speakers and MiniSub just a few days prior to leaving. A plan quickly formed for an review based solely on how functional this three-piece setup would work as part of travel system. To make it as realistic as possible, I went to the local Goodwill store and purchase a sturdy full-size suitcase. A second stop at a craft store for foam padding and the carrying system was in place. Having switched over the winter to separate pre and amplifier setup I decided to part with some capital and purchase an integrated amp with one caveat, it had to have a built-in DAC. Since I still use my 120 gig iPod regularly the simplest solution was a Peachtree inova acquired off of eBay. While awaiting the arrival of the integrated I went about cutting the foam holes (not as fun as it seems!) for proper travel protection. All four pieces plus cords and wires fit snuggly with the Kin's laid sideways and plenty of space between.

Upon arrival in the furnished Craftsman design, like any audiophile I quickly sized up where and how the system would be setup. Thankfully, the 40 inch LCD TV was wall hung leaving a full set of choices. A 6ft sofa table was moved under the screen and just minutes later the system was playing Jackson Browne. After a bit of tuning of the Kin's position i settled on them out from the back wall 11 inches and and just over five feet apart with the inova in the middle. 12 gauge OFC speaker wire, Shunyata Venom power cord, and a surge suppressor (it's thunderstorm country) rounded out the setup in the 16'x19' wood floor/throw rug space.

The Totem Acoustic Kin Minis and MinSub were already well broken in, and while it is common knowledge in the audio community how nicely Totem speakers play with tubes and solid state, I was less sure of of their match-ability with class D amplification even with the built-in tube buffer of the inova. The Kin speakers cabinets are just 9 in. x 5 in. x 6 in. at the base and tapering away from the listener at the top. Stick-on acoustical feet are provided for proper coupling to the surface. A four-inch Phenolic Honeycomb driver and 3/4in soft dome tweeter provide a slightly warm presentation. I appreciated the lack of overly sharp high frequencies that quickly create listener fatigue for me. The Mini's only measure down to 90 hz at best, so don't think you can get away without the subwoofer. The MiniSub really proves how critical good bass is to a sound system. With a shape similar to the speakers, the 9 1/2 x 9 1/2 x 7 3/4  MiniSub delivers solid bass down 32Hz according to Totem. After 4 months I have zero reasons to disagree. The 110 watts easily filled the listening space and could be appreciated out on the front patio. Good thing the summer neighbors enjoyed music! 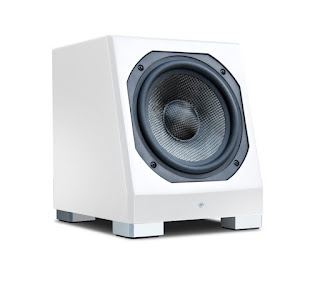 Like many, I played a lot of David Bowie this past summer. I was never his biggest fan, but as the years have mounted I find myself drawn to examining an artist's work. Not surprisingly,  Space Oddity became a personal favorite. The vocal separation between lead and echo in order to give idea of conversation was nicely fleshed out, and sounded like a ground to space conversation. The Kin's also kept a natural shimmer of a closed hi-hat.  Another positive impression  came with the rich claps during the second movement. A very good sign of a quality design especially at sub $1k price point.

One of the tricks I practice when listening to gear is to pick something outside the mainstream. "The Spider's Stratagem" by Dead Can Dance, is a bit out there musically, but for testing speakers the recording gives interesting insights. The bongo rolls and chanting-style warbled vocals played over a solid bass guitar really tests separation and the Kin's delineated left vs. right with ease. This should come as no surprise to Totem Acoustics fans, as imaging is a company hallmark.

If there is one bugaboo that many small speakers have it's getting the tonal quality of vocals correct. Whether it's the lack of cabinet volume or driver size, I usually feel like something is missing. With the Kin three-piece I never felt that way. The Kin MiniSub is the difference maker. Once turned on the weight and resolution added was magical. Diana Krall's "Almost Blue" vocals and piano carried the room with authority. Krall's vocals have the whiskey hint fitting with the lyrical story. The string bass has colorful detail thanks to the MiniSub.

Fitting with my summer locale Wide Open Spaces album by the Dixie Chicks was a popular choice during the summer. The instrument separation and sound matched up with views from the window and the personality of the community. There is something to be said for sound fitting the environment. The Kin's played country western with an energy fitting of a local honky-tonk I enjoyed with coworkers. The key take-away is that Vince Bruzzese has created a diminutive three-piece system that brings life to whatever music you enjoy.


Final Thoughts
Being away from home for an extended period really teaches a person about what they can live and without, as well as what they need to function. A week or two without my rig doesn't affect me. But go beyond fourteen days and the absence of quality sounds begins to tear at my personality and soul. The Totem Acoustic Kin Mini speakers and MiniSub not only provided musical nourishment, but more importantly fed and recharged my soul. Totem has for years focused their advertising on the emotional experience and for good reason, the Kin Mini and MiniSub system delivers a passionate experience.