on January 11, 2019
Moving to the star-filled skies of the Oregon’s canyon country may seem like nirvana, and in some ways it is: No traffic, endless vistas, deer strolling down the main street, and space between homes. The sacrifices of distant, all-day drives to Costco, malls, and medical appointments are taken in stride. 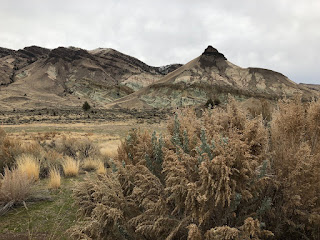 For an audiophile (ok, a budget-minded one in my case), there are special sacrifices that comes with the territory. First off, don’t expect to rely on streaming over the Internet. Small communities out on the frontier either use a rather antiquated wireless broadcast system that if everything aligns perfectly you’ll get 3mbs of download. Technically, that’s plenty of speed for music at redbook quality. However, as soon as another family member fires up “Better Call Saul” on Netflix the the buffering begins.

Others depend on satellite Internet, and while faster, monthly bandwidth is limited to say 25-50 gigs a month. Ten years ago that was a massive number, but that same hour episode of “Better Call Saul” just ate 2gigs. Rationing is a daily part of life. One family I know avoids and video usage until the final weekend of the monthly period, then binge watches until throttled down. Therefore, unless the Internet is used only for online newspapers and email, music streaming is still a pipe dream.

Rediscovering the Physical
While so many are proclaiming that owning/hanging onto physical media is outdated and foolish, many audiophiles have steadfastly hung on to their collections. I learned that lesson the hard way back in the 1980’s, when I foolishly sold off my vinyl in order to finance purchasing cd’s. Many of those black discs had only been played once or twice. When streaming arrived I ignored conventional wisdom and guarded the plastic silver plates and actually restarted my interest in vinyl.

Admittedly, the streaming addiction is hard to let go of, and truth be told iTunes is years overdue for a complete remodel. But, one can get close to the full library access, from the Rolls Royce of applications Roon, to Oldsmobile level of Amarra, and Hyundai combo of iTunes/Pure Music. Each offers value based upon one’s budget. In my case, while I love Roon, the costs of moving left my hobby budget rather thin, so I opted for Amarra to run in combo with a Macintosh.

Storage is the next issue. Previously, I had shared an external hard drive with my wife’s video collection. But with my man cave now in the basement of a rental the need for separate servers became critical. Thankfully, Amazon to the rescue with a 2TB external drive. If you’re new to the digital storage game copying from discs is time consuming on the front end, but a big clock saver on the backside. While my choice of Amarra has advantages its one weakness it’s the lack of searching for cover art. Plan on an afternoon of image searching/installing. 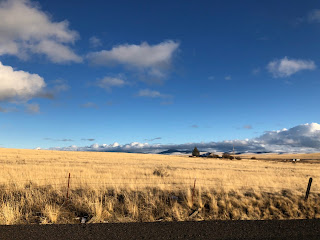 The biggest plus for this music lover has been rediscovering albums that have gone ignored for years in favor of shiny new recommendations. On a whim, while scrolling thru album covers I stopped at Kansas, a group long since relegated to my youthful past. Listening to “Carry On My Wayward Son” brought back a fond concert memory of summer day at Folsum Field in Boulder, Colorado. Genesis has been another recent rediscovery, along with the howling vocals of “Highway Song” by Blackfoot.

Even with a large digitized collection, one hurdle remains regarding music out on the frontier, finding out and collecting new music. With limited Internet accessibility and radio choices cut to one or two stations, listening at work over a website has become a lifeline. Choosing between free or lower cost lossy quality audio may not be preferred, but it has kept me up-to-date with new releases. Once or twice spin of an album is all that is needed to order the disc. That’s the way streaming should work in order for artists to benefit.

Room
Anytime an audiophile moves they are rolling the dice. First, choices are limited, in my case just two options, a rodent-urine infested hunting cabin, or a 1950 Sears Roebuck kit home. Thankfully, the latter included a basement with a small 11x10 bedroom with 6.8ft ceiling. Real pine planking covers the lower half of the walls, with fake wood paneling the upper section. The carpet is pad-free. Numerous GIK panels soften the sound, though it took nearly two months to dial-in the sound. 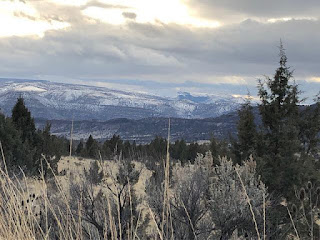 Like most audiophiles, I have numerous pieces, vintage, solid state, tube, and class D amplification, along with floor standing, monitors, and planar speakers. In my last space the Totem Acoustic Signature One’s provided the best match for the room. Here on the frontier I speculated that the Paradigm Performa F75 mini-floorstanders would win out. Instead, a pair of Magnepan 1.6QR’s takes the victory lap. Logic would think the tall planars would be too big for the small space. No need to consider downsizing to the .7’s for now.

Finally, in the canyons of Central Oregon, the winters can get plenty cold. Heat is a combination of electrical and wood stoves. Originally, I planned on keeping the room warm via vacuum tubes, however, a wood stove sits just three feet from the doorway. Plan B involving solid state or class D may be in order as a permanent reference piece. Time will tell. Look for a summer update. -Mark Marcantonio
Copyright 2018, AudioPursuit. All Rights Reserved. No redistribution without permission.