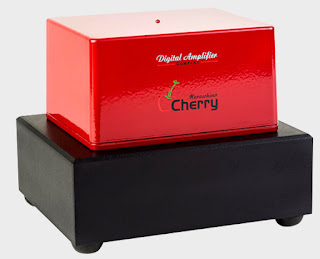 In the audio industry there are a handful hyper-driven designers/engineers that are truly advancing the industry. One of them is Tommy O'Brien, founder of Digital Amplifier Company.  Along with Andrew Jones for speakers and Nelson Pass with solid-state amplification, O'Brien is the resident leader in class D amplification. Since 1996, he has been designing digital amplification topology from scratch. I first heard of the Cherry lineup of amplifiers a decade ago thru one of my Affordable$$Audio staff members at the time, Patrick Dillon. His raving about a Cherry amplifier piqued my curiosity, but I never had the opportunity to experience any of the products myself.
Over this winter, editor Jeff Brown mentioned he had a pair of the Cherry Maraschino DTM 48v mono-blocks he’d happily send my way. The Maraschinos arrived in their original heavily protected, Styrofoam padded boxes. A railroad derailment would have had a hard time damaging the amplifiers.
There are four models of the Maraschino DTM (Desktop Maraschino), the 70watt 36v DTM, 140watt 48v DTM, 200watt 60vDTM, and the GoldenDTM 200w with triple the capacitance. The 48v DTM review pair is priced at $2500
The Marachinos look well, like their name. Each monoblock sits on top of a solid black aluminum base with Sorbothane feet. The review pair came in the granite base with the beautiful Ferrari-Red lacquered top. Only the label adorns the front with a red LED on top. The backside has a balanced input, the well-regarded WBT Gold binding posts, and a 6-pin power socket for the off board, seriously high quality power supply. Pay absolute attention the initial hook-up sequence, changing the order can lead to damaging the amps. (Hook-up is only critical on the 48v model, the higher voltage amps have power switches on the power supply.)


Firing up the first track with the Maraschinos was a “wow” moment. I have never heard such a black background in my system, and that includes several years with a Simaudio Moon i7 integrated amplifier. I don’t mean black, but BLACK as far as the noise level goes. Playing Supertramp’s Crime of the Century album the group’s legendary dynamic swings get an extra boost by the low noise floor.
How does O'Brien get such a quiet background? Simple, first-rate engineering, top-notch parts, and zero short cuts. All the component-level designs are proprietary, developed by O'Brien himself. Controlling the process is a key reason that all Cherry amps have such great signal to noise ratio.
Scary quiet is just half the story. Many years ago I reviewed a modified PS Audio Trio C100 integrated amp, and yes it was quiet. But it just sounded cold and bland. Not so with the Maraschinos. When audiophiles describe an amplifier being transparent, that is what the Maraschinos deliver. The haunting song “In The Air Tonight” from Phil Collins takes full advantage of O'Brien’s design. While the instruments are few, the amps take full advantage of the song’s spacious recording combining three-dimensionality with a total absence of background noise. 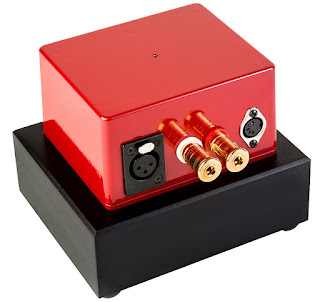 One typical criticism of digital amplification is that speaker matching is more difficult, something I have found to be true. In the past few years that limitation is shrinking due to companies like Peachtree, Devaliet, Bel Canto, and most importantly, Digital Amplifier Company. The Peachtree nova 150 did a solid job with my stable of speakers, it was still perceptible that class D amplification was being used due to its “dry” characteristics on certain tracks. Not so with the Maraschinos. All the good sonic DNA of solid state exists with the Maraschinos. The sultry color and vibrancy of Diana Krall’s discography is front and center on these amps. No matter what song I picked, the piano, bass, and any other instrument that accompanied her vocals were lush and detailed.
Paired with the Paradigm Prestige F75 mini-towers the Maraschinos delivered the dramatic swings of Keith Jarrett’s piano strikes with effortless delicacy and power. The sonic artifacts can easily be spotted, once again thanks to the outstanding S/N ratio. Having the ability to easily hear those details is a key in the realistic recreation of the performance.
With the Totem Signature One’s imaging is king, and the Maraschinos by way of disappearing allow the One’s to show off their ability to throw a wide, yet detailed soundstage. Isaac Hayes brilliant soundtrack Shaft, peppers the listener with instruments akin to colors in a Jackson Pollock painting. The Maraschinos coal black background only enhances Hayes’ masterpiece.
A true test of amplifier design is how well it can handle speakers that present difficult loads. My Magnepan 1.6 QR’s are notorious for being able to drop into 2 Ohm territory on certain musical passages. Playing Dire Straits Love Over Gold, the Maraschinos gave a solid accounting of themselves. The treble and midrange were clear and musical. I did find the Maraschinos a bit bass shy compared to a vintage Adcom GFA545ii. But in balance the first-rate 117db S/N ratio and 0.003 THD brings added detail and clarity that the Adcom just couldn’t match.
Final Thoughts
To say that I’m smitten with the Cherry Maraschinos is dead-on. While I’ve never been a fan of traditional mono-blocks due to their size and small listening spaces I’ve always had, the 6x6x5 footprint easily dismisses that argument. Sonically speaking, remove the asterisk for digital amplification, O'Brien’s design and execution lets music stand on it’s own. Call me a new fan Cherry Amplifiers.
-Mark Marcantonio