How does one improve on a legend? That was the question facing Vince Bruzzese and the team at Totem Acoustics approximately 5 years ago. The Model 1, a diminutive stand mounted speaker had launched Totem as a major player in the industry 30+ years ago. In the decades that followed, the Model 1 would receive tweeks that owners could spot. However, that has all changed.

The Signature One is all new, only the “spirit” as Totem refers to the legacy that the Model 1 provided remains. What is that history? It starts with insane imaging, something that every Totem speaker provides in spades. Add in honest, surprising bass from smaller driver/cabinetry, and an open top end. The Signature One difference begins with a larger, lock-mitered, rear-ported cabinet measuring 7.67w X 13.77h X10.62d. This allows for a larger, proprietary-designed 6.5” driver and a 1” chambered, aluminum dome tweeter. The crossover is handmade on fiberboard instead of robot-soldered on PCB.

Internally, the Signature One uses a second-order crossover design set at 2.5hz. A dual set of WBT binding posts are attached to a metal plate below the rear port. The back panel has a much larger beveled edge than the front. As with all Totem speakers, the cabinet panels are veneered on both sides, along with being sprayed on the internal side with borosillicate, the NASA-inspired material. The cabinet is a bit over an inch wider, and approximately one and a half inches taller and deeper. That doesn't seem like much until they are compared side by side (more on that  later). Finishes include the stunning classic mahogany, black ash veneer, or a satin white.

Totem recommends 50-200 hours of playing to flex with all their speakers. Put them in a spare closet with an old receiver and let them play 24/7 for a week at a moderate volume. Use a blanket and pillows if need be to lessen the sound. Before you know it, they’ll be ready to enjoy. 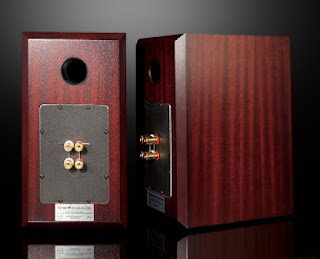 Time For Some Fun
In the past 14 years, I've owned three models, starting with the Dreamcatchers, followed by the underrated Mites, and the delicious Rainmakers, all being a part of what I will term as the introductory line. I've also had the pleasure of reviewing the floorstanding (columns as Totem calls them) Forrests.

Right out of the blocks, the Totem sonic DNA as mentioned above is on complete display. The new addition is the gravitas or depth of detail in lower midrange and bass frequencies. It’s akin to the aging of whiskey or red wine. The top frequencies also benefit, a more natural experience, less edgy, but still airy. These are the things one hopes for as a new generation of a speaker line is brought to market; from lessons learned, advancements in driver design, crossover improvements, etc., etc.. All of these are checked off with the Signature One’s.

Like all Totem speakers, the Signature One’s will reward those patient enough to take an afternoon or so with placement. Starting with the Cardas Golden Triangle calculator, pick a couple of favorite songs with exceptional imaging and start tinkering with slight adjustments outward until the soundstage collapses, then back in, and put down some blue tape. Repeat with the front wall, though I’ve found that with Totems, farther out yields better rewards than closer to the wall. Totem suggests no toe-in, but play for yourself, just be aware that the first reflection point acoustic panel may need adjusting. In my small, 10x11 space 39 inches from the front wall, and 21 inches from the side walls with no toe-in was best for my room.

From the opening notes of Lucinda Williams album Car Wheels on a Gravel Road, the Signature One’s have a weight and depth that no previous Totem stand mount could offer. Every note gives off a presence that announces this is a speaker that demands attention. The additional clarity of ivory strikes from Keith Jarrett and yes, the Piano Guys only adds to the value and quality that the Signature Ones provide the listener.

Like any quality speaker, the more juice an amp can provide the greater the room pressurization. The Parasound A23 at 120wpc is a worthy starting point. The sheer torque of a vintage Adcom GFA-555ii delivers the bass frequencies, while Peachtree’s amp500 with its 500wpc of classD leaves no doubt of what sonic treat heaps of power can provide. Yet, my favorite pairings were the 35wpc Vista Audio integrated tube and the fantastic 70wpc PrimaLuna Dialogue HP Integrated with it’s glowing glass. Tubes and Totem are lucious heaven. Yes, tubes are not as clean, yada, yada, yada. But music reproduction is about far more than measurements, and that is the genius of Vince Bruzzese’s designs. It’s all about tapping into the listeners passion and soul. Select any favorite recording with the Signature One’s, get comfortable, and let the immersion begin.

Admittedly, I’m addicted to music with great imaging/soundstage. With the Signature One’s that craving becomes more pronounced. Thankfully, with a recent small boost in Internet speed in my rural location Tidal is once more a part of my music “warehouse”. The full discography of Mark Knopfler, Fourplay, Genesis, among others to satisfy the addiction. The Signature Ones use every bit of space both between and outside each speaker to create musical nirvana.

Warren Zevon's "The Envoy" shines with the Signature Ones, as the secondary details such as the tom hits stay to the back as a hint of weapons in the lyrical prose. The Ones allow for the room to create the effect. "Mohammed's Radio" shows off Zevon's vocal range and forward placement. The sax plays just outside of right speakers. The cymbal announcing chorus comes out front and above left speaker. 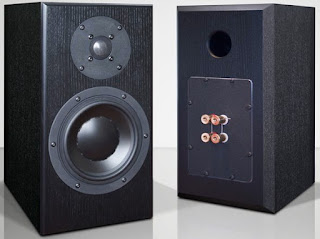 The track "Glad" from Traffic's classic album John Barleycorn Must Die, the piano lead is exceptionally clean and detailed. The Signature One's flush out details that I don't recall noticing previously. Sax sounds if being played in a small night club very three-dimensional, hearing the volume fluctuations as keys are quickly fingered. Bass rhythm is tight and percussion notes in the final minute are clearly delineated. The strong bass punch in "Freedom Rider" contrasts nicely with the flute playing above the speakers with incredible richness, especially during dueling flute solo mid-song. The title track "John Barleycorn", with its triangle notes have a fine metallic sound with eerie ring. Acoustic guitar played dead center. This early 1970's track sounds better than a vast majority of recordings from 2020. Details and artifacts are natural, rich, and a lushness that quickly became a nightly treat.

Checking History
Instead of relying on aural memory to understand the sonic differences, I purchased an original pair of Model 1’s with handwritten serial numbers from Audiogon. So, how has the Signature One changed from the original Model 1? Placed next to one another the visual difference in cabinet size becomes truly apparent from mini to standard monitor. It’s no big deal to carry a Model 1 in each arm. On the other hand, only someone with a Bloomberg-sized wallet would even try such a stunt with the Signature One.

With the help of a trusty Adcom speaker selector instant comparisons were available when desired. Sonically, as stated above, the Totem sound character is obvious. The differences begin with cleaner high and mid frequencies. A layer of fuzz has been removed. Much like cleaning the inside of the windshield, the film is gone and the colors are more vibrant. Bass notes are more instrument-specific, specifically the deepest string bass from electric bass guitar. The ability of the listener to further distinguish differences is what makes any audiophile move on from piece of gear to another. For the manufacturer, it’s a sign of the endless pursuit of product improvement.

While the clarity of the Model 1 can’t match the Signature One, by adding a Totem Dreamcatcher subwoofer, the bottom end did tilt the playing field in the bass response category. Therefore, if you’re happy with whatever iteration of the Model 1 you own but want to know what is missing, now you have that idea. If you choose the additional vibrancy and clarity of the Signature One, move your Model 1’s to a second system and enjoy the heritage.

Final Thoughts
When an audio company ends a product and starts from scratch, normally the comments are positive, yet there is always a “but”. Not so with the Totem Acoustic Signature ONE’s.  Everything a Totem fan expects still exists, along with a host of recognized advancements/improvements. The Signature ONE's are akin to staying in a new cabin at a regularly visited mountain lake. The combination of the familiar and fresh. The Signature ONE’s are a truthful expression of music’s ability to touch the soul.