“Well, those are a nice size.” stated my wife who loves mini-towers, the smaller the better. That alone made part of this review much easier, as she has little tolerance for review equipment anyplace beyond my man cave. The acquisition of the Arro’s for this review was not standard, as they didn’t come from Totem HQ outside of Montreal, but instead from a private sale. I admit to regularly surfing for used gear from certain brands. One morning in late winter I spotted the Arro’s in black ash at a bargain price. Just five days later the two boxes arrived.

Over the years I have reviewed the Dreamcatchers, Mites, Rainmakers, Forests, Model 1, and Signature One’s. The Arro’s were the missing pair from Totem’s traditional series. A surprise was that like the Forest’s, the Arro’s have a bottom space for “ballast”, but more on that later.

In the past, I had heard the Arro’s in comparison to the Rainmaker’s, and had been swayed to the additional detail of the Rainmaker’s. But now the Arro’s had my full attention and they brought something surprising, serious bass down to 40hz. The ability of the 4.5 inch driver to produce bottom end is not unknown, the single Fostex driver community has many tower designs that can effectively recreate solid bass frequencies. The key is effectively using the cabinet and port, along with smart room positioning. With the Arro’s, the sandwich cone driver mated with a double magnet, paired with a .75 fabric dome tweeter creates the enticing sound. 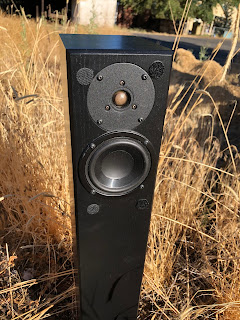 As with all Totem products, the Arro’s 5.1" x 33.5" 7.1" slim cabinet begins with ¾ inch high density fiberboard, lock/mitered joints, with real wood veneer both inside and out. A simple plinth (with spikes if desired) is attached. Though to be honest, it is too small to be effective against tipping. Therefore, those of you with small children or pets may wish to create/find a more stable solution. The interior is treated with the NASA-developed borosilicate process to dampen the sound. In this way, the design goal of using the cabinet as an instrument of sound, rather than an inconvenient housing of the drivers is realized. Totem’s chief designer (and winner of the best hair in audio) Vince Bruzzese, has always espoused the belief that music has a soul and his speakers are designed to do just that. I whole-heartily agree!

The Arro’s do not need a great deal of space out from the wall to produce the expansive, magical imaging that is the Totem Acoustic signature. In my dedicated basement listening room that meant just 15 inches out (my original Model 1’s need some 27 inches) to be at their best. Though rated at 87db/4 Ohm nominal, the Arro’s are not a difficult-to-drive speaker. While downstairs the Arro’s were paired with tube, class A/B, and class D amplification. All three brought something unique that the other two didn’t, and that’s a-ok.

Totem speakers and tube amplification are a well-known delightful combination. The Arro’s midrange shines best when paired with the Vista Audio i34 integrated and its 35wpc The typical tube accolades of warmth and tonal richness are wholly accurate. Tchaikovsky’s dreamy flow of “Swan Lake”, to the soulful rural bar rock of Carrie Rodriguez, the Arro’s project an emotion-grabbing energy. The connection between music and listener is akin to the first bite of a warm brownie.

The complete opposite amplification, class D brings out the beast in the Arro’s. In this case, a Peachtree amp 500. The Arro’s inhaled the 500wpc and exhaled a dynamic, forward thrusting bass response that pressurized the room with ease. While the Arro’s are rated from 20-80 watts, they didn’t crumble into sloppy boom. The lower registers remained punchy and dynamic. All that power did on many bass-heavy tracks push the midrange into a secondary position. The amp500 didn't send the naturally open top end of the Arro’s into the shrill zone. Depending on the music you listen to with the Arro’s, large class D amplification is something one should audition for themselves. 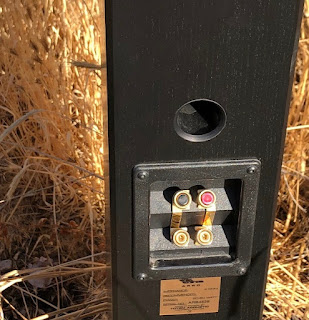 The best overall balance I found came from the Arro’s pairing with a Parasound A23 amplifier. The 110wpc of John Curl design brought out the best across the Arro’s full range. The upper registers were smooth, yet sparkly. The midrange had a natural tone and energy, and the bass provided a solid punch with detail. Mark Knopfler’s guitar work had both air and weight. Joni Mitchell’s vocals had a fresh soulful touch. The string bass in several Dave Grusin’s jazz compositions found a proper balance of detail and punch.

In comparing the Arro’s to their sibling, the original Model 1’s, the limitations of the design do come into focus. The Arro’s do produce more bass frequencies, but the deeper cabinet, larger and higher quality driver and crossover, opens the midrange on the Model 1’s beyond anything the Arro’s can match. But to be fair, the Arro’s bought new are just half the price of the current version, the Signature One.

Of all Totem’s traditional speaker line up, the Arro’s are most fitting of a simple and typical audio/video setup. With that in mind, I brought the Arro’s upstairs and placed them on either side of my 50in Sony LCD, powered by a Pioneer 70wpc receiver (no subwoofer or center channel). The placement sweet spot was just 10 inches out from the wall. The slim mini-tower design as mentioned above won an automatic thumbs up from my spouse, though she was disappointed in the black stain finish. 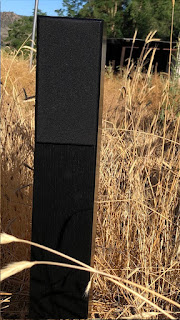 Normally 4 Ohm loads and mass market a/v receivers are not typically a preferred match, the previously mentioned easy to drive nature of the Arro’s dissipated such concerns. The opening chase sequence in James Bond’s “Skyfall” provided ample bass and easily understandable dialogue. A personal test when judging speakers in movie-watching is to see how often I have to adjust the volume to understand the actors. With the Arro’s, I counted just three instances, due to the heavy accent of a single actor.

As referred to early on, I did find that adding ballast (5 pounds of sand) carefully loaded into bags placed inside each speaker definitely improved the tight punch of the bass response. This was more noticeable in the a/v setup, much due to the speakers being above the basement, rather than on carpet sitting on top of concrete. Just be smart in how you load the speaker. The plastic bag method I used worked very well and can be easily removed without a mess. Just be patient.

At $1300 a pair new, the Arro’s pack a great deal of sound into a truly slim, mini-tower design. The classic Totem expanse imagery and sound stage is fully present. The fact that they can be placed close to a wall makes them a very solid choice for those with space limitations, yet they had no problem filling a 15x18 room with impactful action movie sound. The Arro’s are a first-rate budget choice for multi-use system.

Publisher’s Note: Since writing the review, we have moved and the new home’s layout just doesn’t work for a traditional a/v setup, so the Arro’s are up for sale.